History In The Baking

Your Family Baker Since 1911

History In The Baking 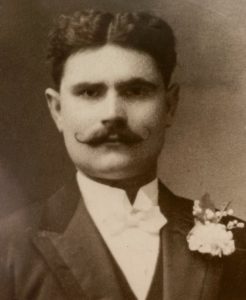 Hyman was born in 1885 and came over from the Ukraine  with his beloved recipes. He opened his first shop in Old Montague street East London in 1911 when he was 25. We Still bake with a lot of his original recipes today. 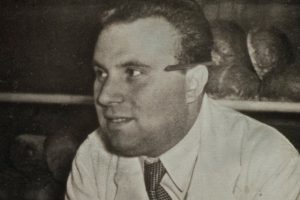 Max Rinkoff – Hymans youngest son was born in 1924 and joined the business in the 1950’s.. He managed the shop in Jubilee street for many years alongside his adorning wife Sylvie. He was admired by the bakers for his calm nature. 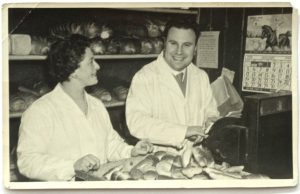 Sylvie was born in 1923 and met Max when she was 13. they married young and had 3 boys. Derek, Harvey and Raymond. Sylvie served in the shop 6 days a week and kept it immaculate and everything in its right place. 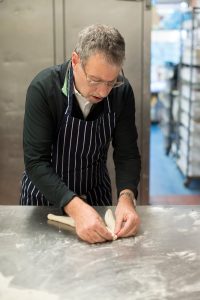 Ray is the youngest of the 3 brothers.. he was the first of the siblings to join the business and has been working here for over 50 years. He trained as a master baker and worked in the original bakery in old montague street. He can still bake 90% of the products we produce today. We recommend trying one of his Sourdough bakes. 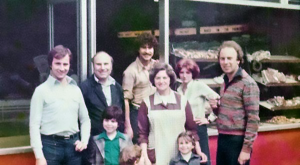 Derek is the eldest of the 3 brothers   He previously trained as a hairdresser before coming into the business in his 30’s. He paved the way for our wholesale business, acquiring customers such as Lehman brothers & goldman sachs. Derek has semi retired now but still heads up our finance department. 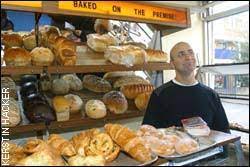 Harvey is the middle of the 3 brothers and joined the business in the 80’s as Head of Sales, helping to bring new customers onboard and establishing Rinkoff’s as one of the finest Wholesale bakeries in London! 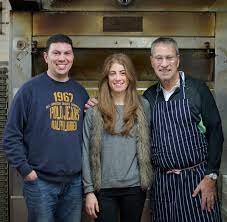 Lloyd is Derek’s eldest son and joined the bakery when he was 13! to work on a Sunday and during the jewish holidays to begin with. He learnt the trade through Ray, his uncle. Lloyd still bakes and now handles the logistics of running a bakery business. 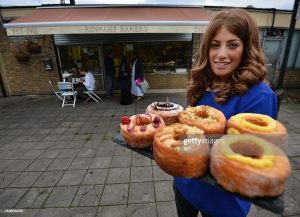 Jennifer Ray’s eldest daughter joined in 2007. Jen heads up new product development, marketing and social media as well as looking after the retail side of the business; she’s the woman behind our famous Crodough! 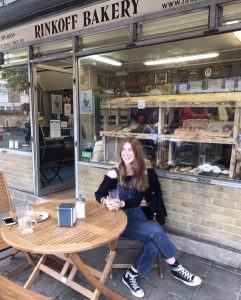 Debs Youngest daughter of Ray, Debs joined Rinkoff’s in 2017 and now runs the wholesale side of the business; handling new customer enquiries as well as the general day to day running of the office and shop. 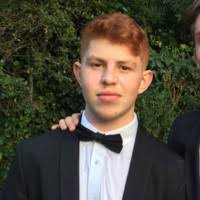 Ben Lloyd’s eldest son, and newest recruit to the family business. Ben is learning the baking side of Rinkoff’s, and is already establishing himself as an integral member of the team.

Enjoy breakfast, lunch and tea everyday in the comfort of your own home/office

LAST, BUT NOT YEAST